“NO” Is the Answer To Reclaim Your Life And Time

“NO” is likely the most under-used word in a business woman’s life.

Think about: How many women do you know who are overwhelmed, overloaded, and overworked? How many feel like there’s they just don’t have enough time to do everything that’s on their plate? Worse, how many feel guilty if they don’t get something done? (Does this describe you? Read on…)

It’s such a damaging cycle. The stress of that kind of pressure will eventually take its toll.

One of the most likely culprits creating all the stress? Your own ability to say “No”.

It’s one of the first words a toddler learns (and uses well) yet as adults, we seem to lose the ability to use it. The result: You say “Yes” when what you really mean is “No” and then feel obligated to follow through on your commitment.

Your work ethic and integrity in keeping your word are commendable, even something to be lauded. But what about your health and sanity?

Here’s a thought: What if, instead of automatically saying “Yes” to whatever is asked of you, you took some time to reflect on whether that was really the answer you want to give? What if you learned how to say “No” when you meant it and “Yes” only to those things you really wanted to do?

This is a skill to be learned but worth your time. It’s a necessity for most of the women I know and will give you back the power to choose.

It’s simple ANYTIME somebody asks you to do something or to take on a new project, bite your tongue. Take 30 seconds to think about it before answering. Decide if it fits for you. Will you find joy if you do it? Will you have to give something else up? How much time will you be committing to? Are there other consequences of saying “Yes” that you don’t want to deal with?

Waiting 30 seconds gives you the space to think and decide instead of your automatic, trained and habitual affirmative response.

And if you need to give an answer before you’re ready, use, “Let me think about it. I’ll get back to you?”

High pressure to consent? Just say “No”. You can always go back and change your mind later; after you’ve considered the request. (It’s so much easier going from “No” to “Yes” than the other way around.)

It’s going to feel strange to you at first. You might feel a few pangs of guilt. Don’t succumb. You’re busy enough without doing things you really don’t want to do. You’ll get over that with a little practice.

I’m a passionate advocate for self-care. This technique and learning to say “No” is a basic skill for self-care. And the practice is like exercising a muscle: The more you use it, the stronger it will be. Be diligent and reclaim your life and your time. It’s worth the discomfort you might feel in the beginning.

If you found today’s blog post to be exactly the type of inspiration and know-how you were looking for, we would be very grateful if you would help this post spread
by sharing the
LOVE with it socially, emailing it to a friend, or dropping us a comment with your thoughts. We’re always interested in hearing from you and …
You never know whose life you might change. 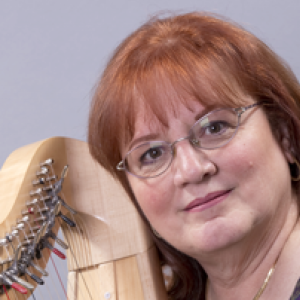 Laura is a passionate advocate for women in business. She's worked with thousands of women to grow themselves and their businesses. She is a published author and has co-authored 2 Consumer's Guides - one for Coaching and one for Mastermind Groups (both available on this site at no cost). The foundation of her work is rooted in the belief that, with the right tools and support, women can be and do anything; that happiness and joy are available to us all the time. Laura is a partner at PUSH the Envelope™ Masterminds and Coaching, founded in 1994.